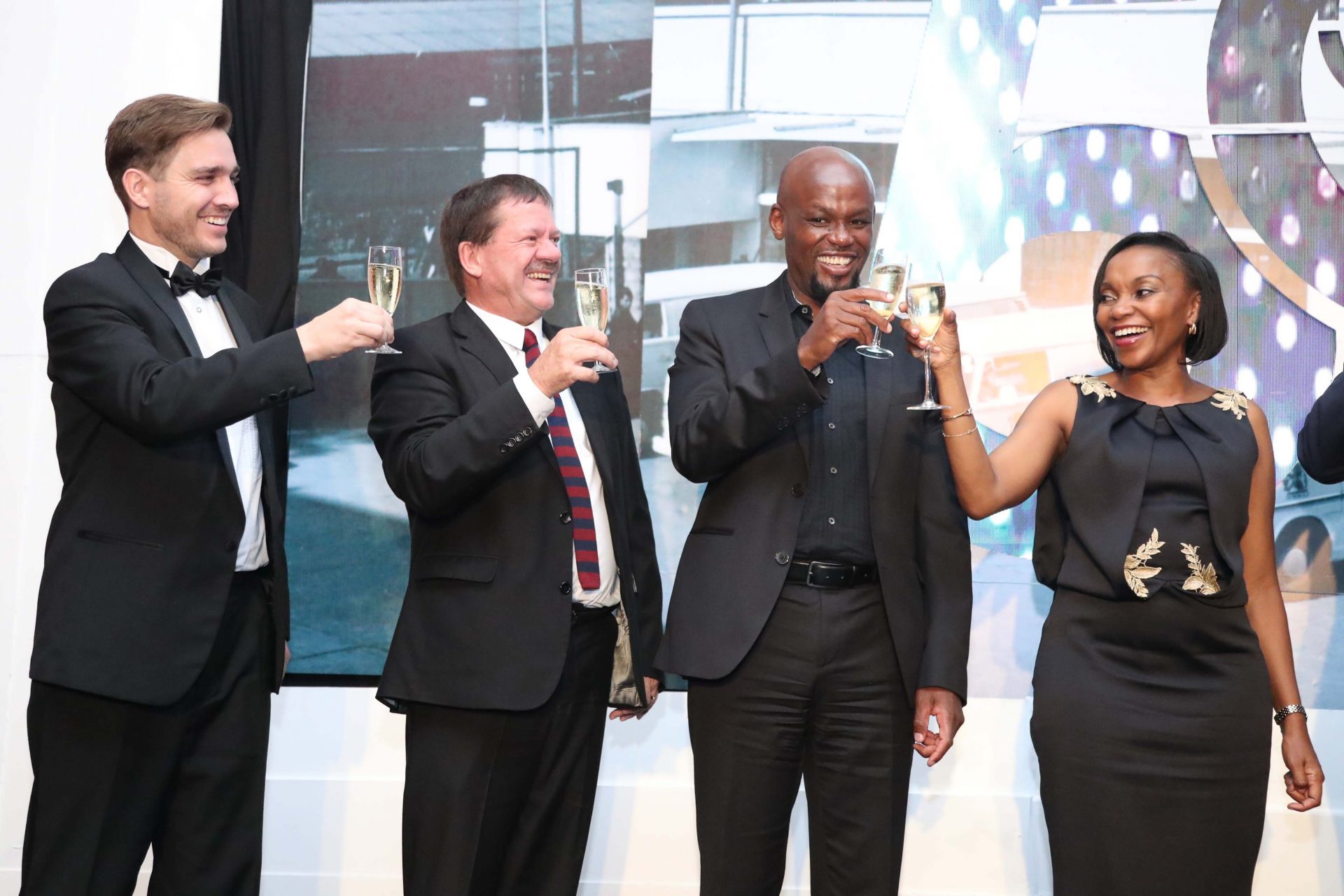 KWAL marked 50 years of business operations with a colorful event held at the Nairobi Serena Hotel. Present during the event was the Cabinet Secretary for Trade, Industrialization and Enterprise Development Hon. Peter Munya among key stakeholders from government and industry. During the event the KWAL Managing Director Ms. Lina Githuka announced that the company is looking forward to setting up an ultra-modern manufacturing plant at Tatu City.
“Our bold step into the future is to announce that we shall soon be finalizing plans for the construction of an ultra-modern manufacturing facility in TATU city with the view of breaking ground during early 2020” noted Ms. Lina Githuka, KWAL MD during the event.

“This planned investment of more than Ksh.3billion in a new facility will enable KWAL to meet consumer demand for our portfolio of fast growing brands and continue to localize production of our imported brands. This is on top of the more than Ksh.1.2billion that has been invested since the privatization of KWAL and the entry of Distell as majority shareholder. The investment will mark the first new production facility opened by KWAL in more than two decades and alongside the expansion of the distribution and marketing of our products will result in increased employment opportunities for Kenyans. It represents significant Foreign Direct Investment into the country which aligns to government’s Big 4 agenda and is a vote of confidence in our brands and the positive outlook in the Kenyan market” added Ms. Githuka.

“The ultra-modern fermentation and manufacture facility will have state of the art cellars and modern laboratories which will ensure consistent quality of our products” Noted Mr. Mwenda Kageenu, KWAL Supply Chain Director.

The KWAL journey started in 1969, when the former state corporation was established by the Government of Kenya with an objective to enable indigenous Kenyans participate in Wines and Spirits Industry (Importation & Distribution), which was until then dominated by foreign owned companies.

In 1989, KWAL relocated offices from Commercial Street in Industrial Area to Enterprise Road still within Industrial Area where the first Commercial winery was opened. The winery was opened by the then Minister of Justice Charles Njonjo. KWAL through the Government protection policies of infant industry enjoyed a monopoly status in the Wines and Spirits Sector up until the early 90’s when the economy was liberalized. KWAL has since developed from the foundations of a state owned enterprise to an advanced private institution with Depots in 6 major towns; Meru, Nakuru, Nairobi, Eldoret, Kisumu and Mombasa, and an increased footprint through the opening of distributors countrywide.

In 2014 the Government of Kenya successfully concluded phase 1 of the KWAL privatization which laid the foundation for the strong growth KWAL experienced with a tripling of volumes and profitability increasing tenfold. With the request for proposal for transaction advisors having been issued late last year it is expected that phase 2 of the KWAL privatization will commence soon 50 years on from 1969, KWAL celebrates its industry position as the foremost manufacturer, importer and distributer of wine, spirits, ciders and natural juices in Kenya. Most of the company’s brands such as Caprice Wine, Kibao Vodka, Viceroy, Amarula, Cellar Cask, Kingfisher, Altar wine and Yatta Juice are household names which have been enjoyed by several generations over the years.

Speaking during the event Hon. Peter Munya said “The vision to expand local manufacturing will result in increased employment opportunities for Kenyans, a significant contribution to Kenya’s Vision 2030 and the Big 4 agenda of job creation through manufacturing. I would like to applaud KWAL for the job well done and I wish you a great future ahead”

KWAL recently launched local production of ciders which include Hunters Gold and Hunters Dry cider, Africa’s largest cider and there are also plans afoot for the local production of Savanna. This is part of the company’s continued growth and expansion plan.