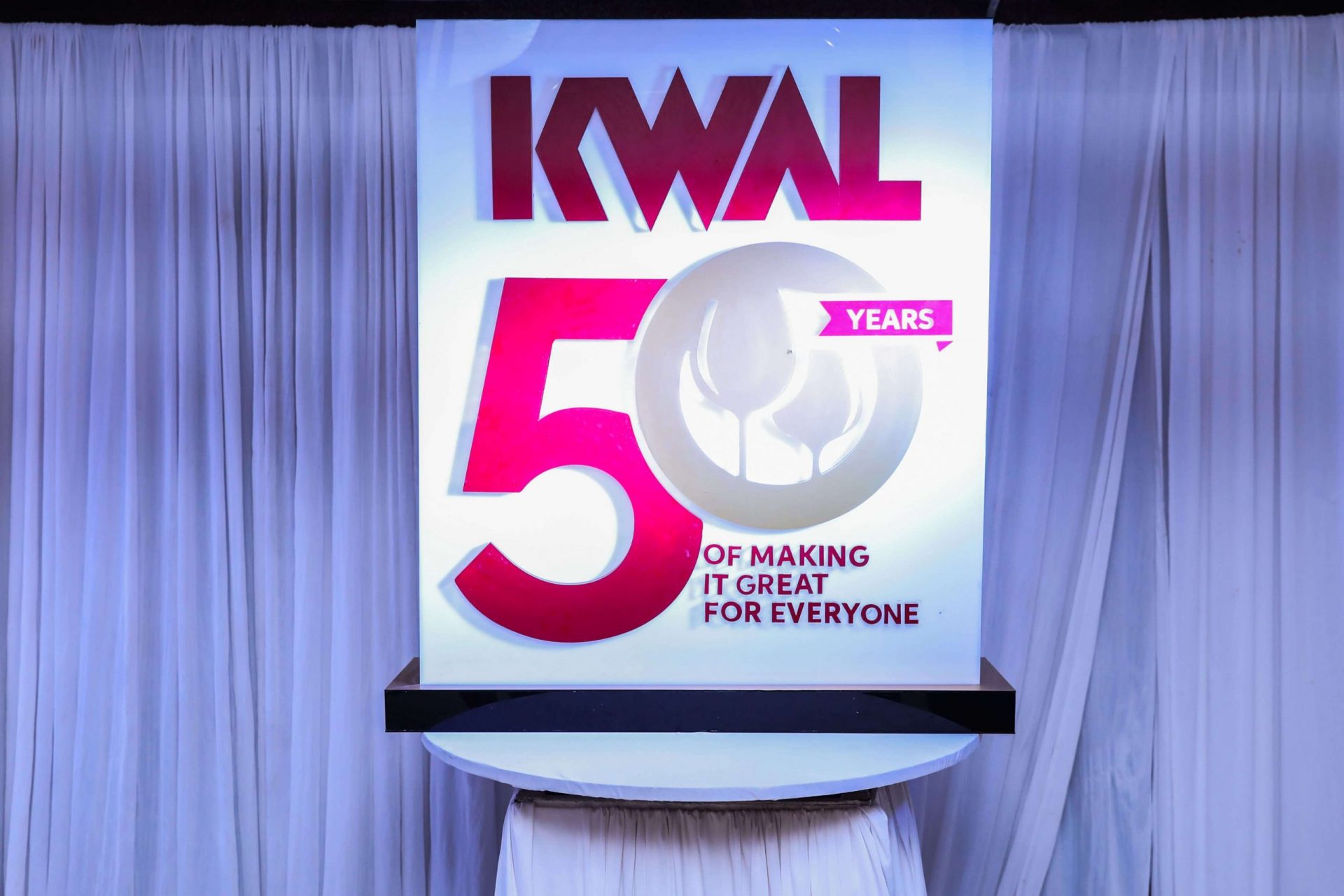 To mark the beginning of the KWAL 50 Years Anniversary, staff members were treated to 50 Years Anniversary Logo Unveil through an internal event. Established in 1969, KWAL’s main objective was to enable indigenous Kenyans participate in Wines and Spirits Industry (Importation &Distribution), which was until then dominated by foreign owned companies.

In 1989, KWAL relocated offices from Commercial Street in Industrial Area to Enterprise Road still within Industrial Area where the first Commercial winery was opened. KWAL through the Government protection policies of infant industry enjoyed a monopoly status in the Wines and Spirits Sector up until the early 90’s when the economy was liberalized.

KWAL has since developed from the foundations of a state owned enterprise to an advanced private institution with Depots in 5 Urban areas ;Kisumu, Mombasa, Eldoret, Nakuru and Meru. ‘‘Our long and proud heritage, has over the past years been built through a tradition of excellence in delighting our partners, stakeholders and consumers with our award winning brands and world class services. It goes without saying our quality has been ‘tasted’ for decades and the 50 years we are celebrating is the testimony to its finesse.’’ Stated KWAL MD Lina Githuka while addressing staff members at the Logo Unveil event.

The KWAL@50 Logo Unveil officially marked the beginning of the 50 Years Anniversary celebrations, which will be followed up with a series of events and initiatives that will be coordinated throughout the Year.