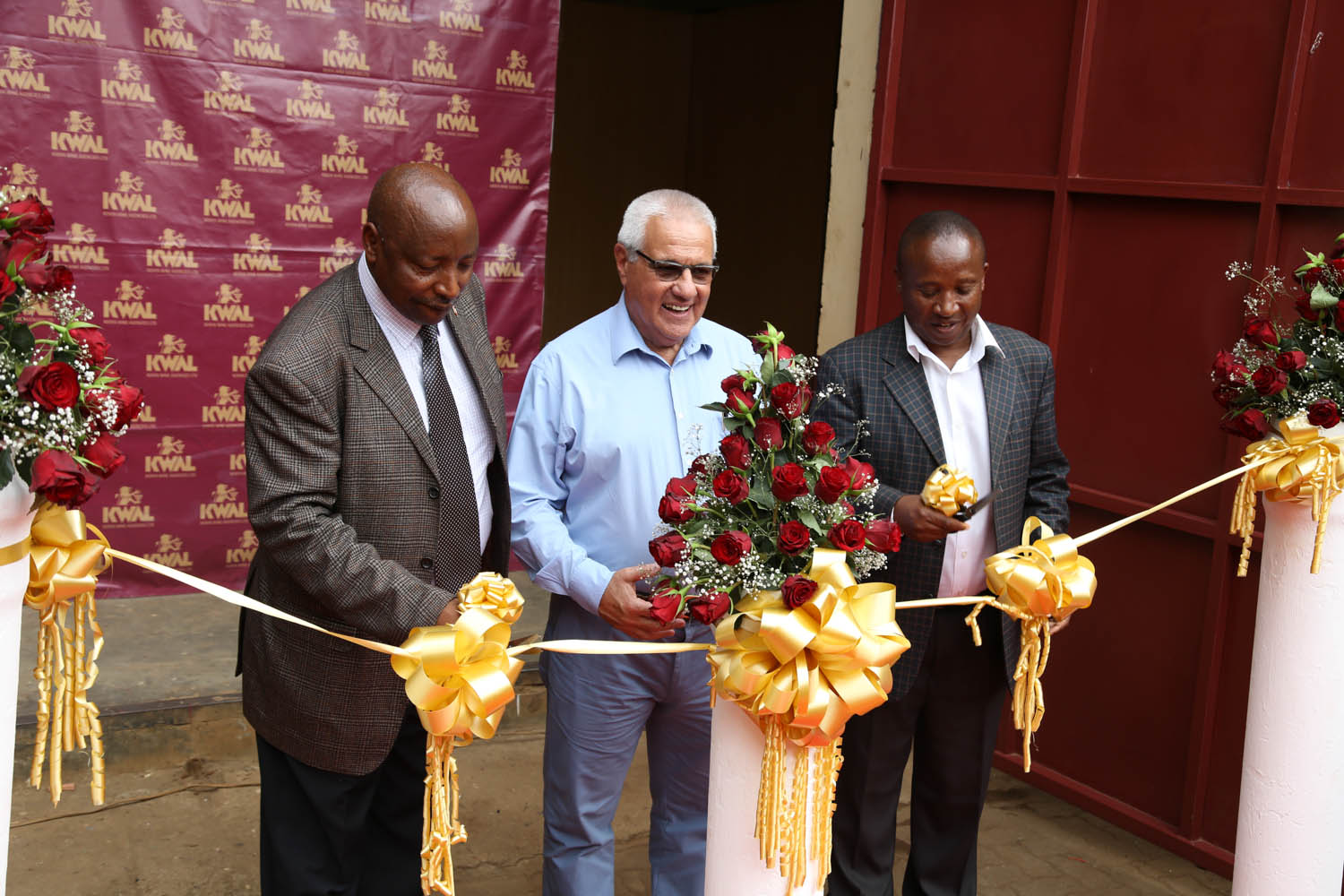 Kenya Wine Agencies Limited (KWAL) has today launched its new depot in Meru County in an effort to grow and serve its Mount Kenya region customers better. The move to open the Meru depot comes at a time when the company is looking to grow its national market share in the alcoholic beverages market .The depot is located within the Meru town central business district which is easily accessible to distributors from Embu, Isiolo and other towns within the region.

Present during the event was Meru County Minister for Trade, Industrialisation, Tourism and Cooperatives Mr. Maingi Mugambi who congratulated KWAL on the opening of their depot and the steps that they are taking to grow the grassroot economy by ensuring the adequate supply of their products in the region. Also present during the event was the KWAL Managing Director MR. Carlos Gomes, KWAL National Sales Manager Mr. Paul Odeyo, KWAL Supply Chain Director Mr. Mwenda Kageenu.

Speaking at the launch event, KWAL Managing Director, Mr. Carlos Gomes noted the move as strategic due to the business opportunities and growth of the region. “Meru was strategic move for us, complemented by its growing business opportunities and strategic geographical position in the region”, he further noted “our existing dealer network will ensure that KWAL’s premium products are enjoyed across the Mount Kenya region”.

Once fully operational the new Meru County depot will include a Commercial and Supply Chain function, capable of the highest standards of service and efficiency.

KWAL currently has its footmark in various towns such as Eldoret, Nakuru, Kisumu and Mombasa. Adding a Meru depot under its wing will ease the companies operations within the region, maintain and improve client relations while ensuring business growth and continuity across the board. The launch of the Meru depot comes just a week after the launch of the KWA depot in Eldoret

Meru County is among the top 20 wealthiest counties in Kenya, it’s also strategically located within the Mount Kenya region due to its access to other Counties like Isiolo, Kirinyaga, Nyeri and Embu. Meru is also home to other major corporate dealers and depos making it the perfect home for KWAL in the region.