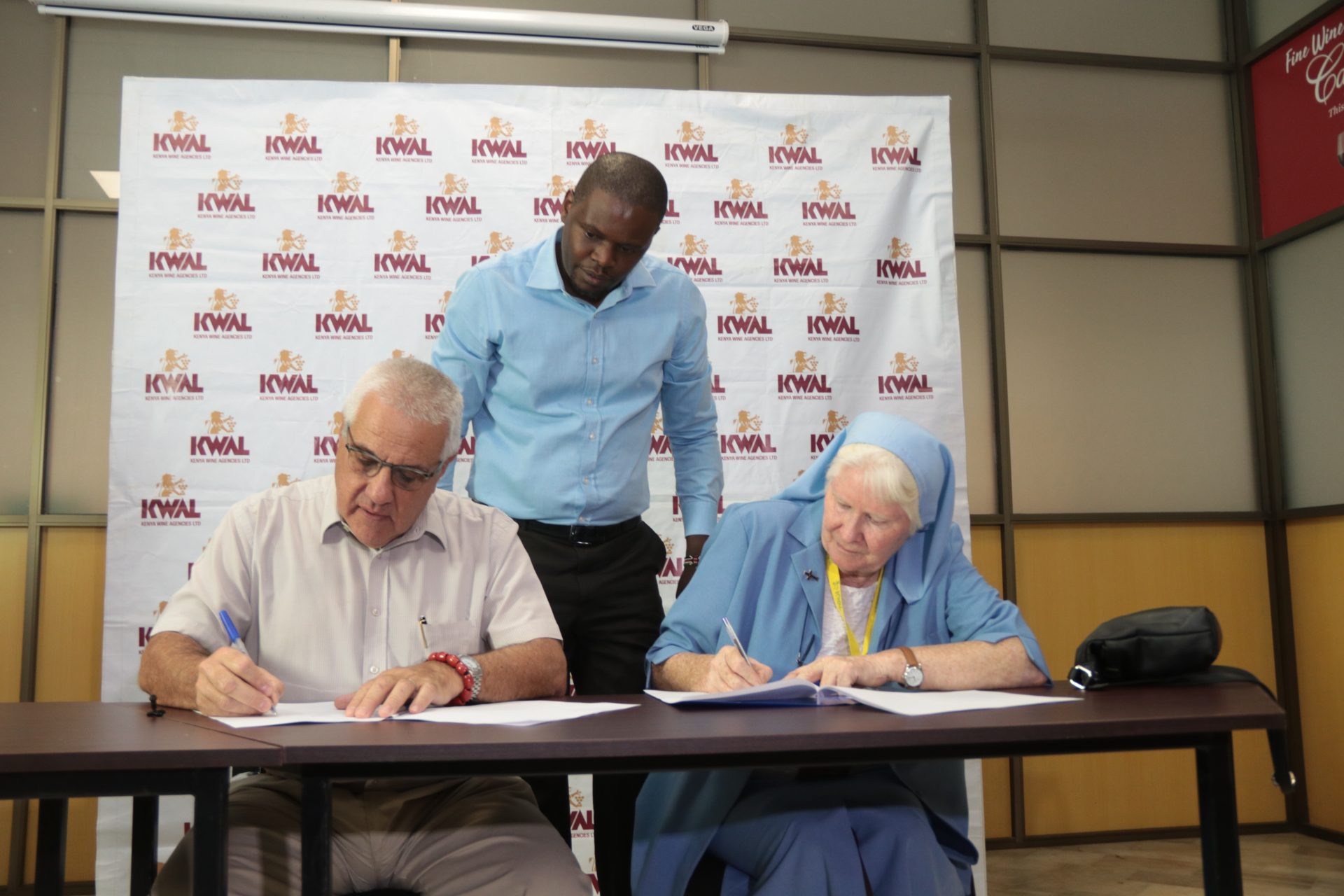 Present during the MOU signing were KWAL MD Carlos Gomes and KWAL Corporate Affairs Manager Gordon Mutugi. Also present during the signing ceremony were Sister Mary Killeen Project Director at the Rehabilitation Centre, Silas Cheserek head of rehab department, and Lucy Obiri who is coordinator of health and social services at the centre. “As a responsible corporate citizen KWAL recognizes that we have a social obligation to protect and enhance the welfare of the society in which we operate. We are partnering with the Mukuru promotion centre to ensure that we salvage the precious lives of young boys from our immediate back yard,” said KWAL MD Mr. Carlos Gomes during the MOU signing.

Whereas KWAL recognizes the need to integrate business values and operations to meet economic, social and environmental expectations of employees, customers, suppliers and the community. KWAL develops and supports community programs which are in line with its values and further promotes its recognition as an active contributor to local community development as outlined in the organization’s CSR policy.

The Mary Immaculate Rehabilitation Centre (MIRC) is a residential centre, under Mukuru Promotion Centre (MPC) established in 1995 with the objective to rehabilitate street boys and provide informal education and basic life skills whilst maintaining their dignity. MIRC provides counselling for their self-esteem and psycho-social support.  MPC is a faith based charitable organization that was established by the Sisters of Mercy in 1985, MPC started as a temporary school in the heart of the Mukuru slums and its key objective then was to provide education to the children of Mukuru to get them off the streets. Since its inception, MPC has expanded a great deal and now operates several projects that focus on four Key areas: Education, Health, Vocational Training and Social Rehabilitation.

Speaking at the event Sr. Mary said “We are grateful for the partnership opportunity with KWAL.  Since the inception of Mukuru Promotion Centre in the 90s, our success can be greatly attributed to the fact that we work with the community to address societal issues. Today officially marks KWAL as part of the MPC community and MPC as part of KWAL’s community.’’

The MOU defines the agreement between MPC and KWAL for purposes of providing sponsorship in kind towards supporting the intensive rehabilitation programme that will encompass: non-formal education, skills training, counselling and numerous outdoor activities facilitated at the Mary Immaculate Rehabilitation Centre.